Each year we decide to tackle a new personal project, one that takes us away from the humdrum life of making films, music and toys and do something that is a million miles away from the day to day. ㋡

Back to The Future Hoverboard : https://www.creativebone.co.uk/christmas-back-to-the-future-hoverboard-prop-building/

This would be a nice slice of nostalgia….

For a few years now, Dave the Stormtrooper has stood on a little metal stand in the corner of the room, keeping guard over the various toys, props and other random retro goodies. This year we decided to give Dave a new place to stand, one inspired by the greatest Star Wars film in the series ‘The Empire Strikes Back’.

Taking inspiration from the carbon freezing chamber, we wanted to design a plinth that wasn’t just a straight ‘carbon’ copy of the flooring from that scene but one that showcased Dave as an individual and a worthy member of the Imperial Empire.

The first port of call was the design, size and layout. I knew I wanted to homage the grills but wanted a stand out symbol on top, one that gave out a little more light and also was symbolic of the Empire. The shape of the plinth was designed to fit in the corner of a room but also to showcase Dave without being too imposing and taking up too much space.

The next step was getting the design over to our good friends at Made With Robots ( https://www.facebook.com/MadeWithRobotsUK ). With a few design tweaks , mainly to fatten up some of the support structures as well as reducing the number of cut outs in the side panels, we set the design and got the CNC machine cutting away. The precise nature of the cuts and routing are second to none with a CNC machine, this would have taken a decent carpenter an age to get right and before long we were ready to move to the next stage.

Speaking of decent carpenters, I quickly headed over to expert builder, chippy and all round decent guy Fabs of Fabs Designs. (https://www.fabsdesigns.co.uk). Having all the right tools and skills, within minutes the cut pieces were mitred, glued, pinned and suddenly we had a plinth worthy of the Imperial paint shop.

Filling and sanding was a pretty speedy process but one thing that did become apparent was that MDF is a real pain once it has been cut or routed to get smooth. PVA as well as filler and still losing the furry nature of the cut MDF was a difficult process. In hindsight I would have tried either a wood sealer or varnish before tackling the cut and routed edges, instead I was left with a messy finish in the routed top which wasn’t going away anytime soon. I either had to recut the top or find a way to live it. Originally I wanted a very clean looking plinth but because off this issue the only quick answer was weathering the whole thing, something I’ve been against before. A quick trip to Hobby Craft and I came back with some bolt gun metal, silver and rust colours. Stippling and dry brush application and the plinth started to gain a weathered and worn look that was growing on me, it also covers a multitude of sins and screw ups. 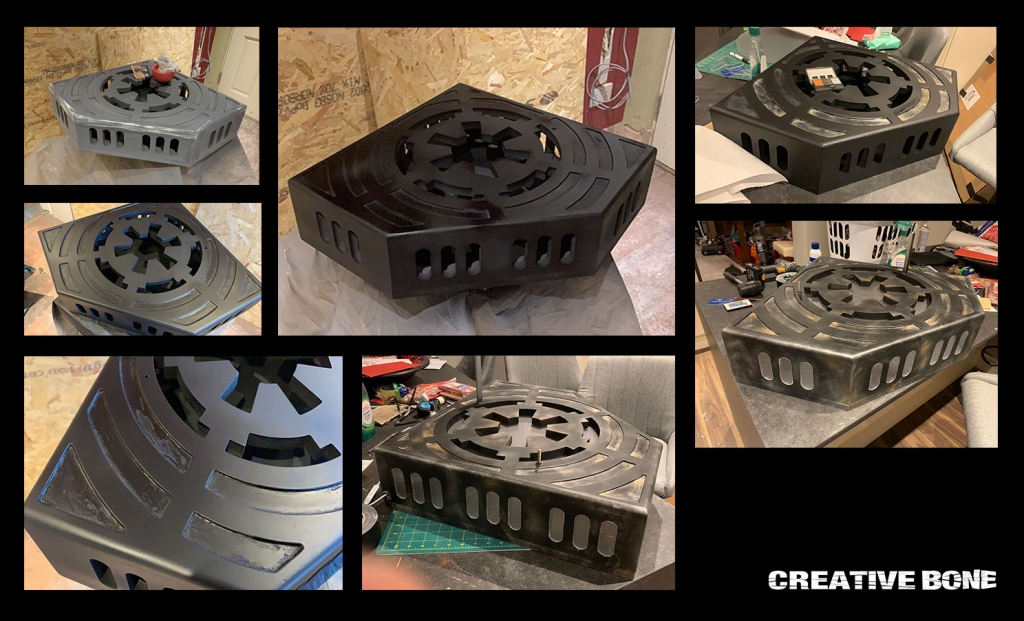 Made With Robots had CNC’d a sheet of clear polystyrene board, which they wouldn’t recommend as it melts too quickly and sticks to the cutting tools. My ears are still melting from the abuse but with a bit of gentle persuasion from a rubber mallet, each piece, having been backed with frosted vinyl, fitted snuggly into its new cut out home.

The prongs that fit into Dave’s feet were attached and a nice set of wifi controlled LED lighting strips were fitted inside, obviously set to the ominous orange glow of the Carbon Freezing Chamber.

Now, like most 40 something men, Dave suffers from soft body syndrome. He could probably do with a bit of mannequin viagra and in the future I may  just invest in a more solid body but this little project had taken up a bit more time than I had hoped, so until then he will have a slightly jaunty and inquisitive pose.

Hindered by a pandemic and some cack handed drilling, this post is sponsored by Liquid Skin. I wasnt going to the hospital anytime soon and with the need to continually wash my hands, steristrips weren’t cutting the mustard. I was introduced to Liquid Skin and being an expert in DIY injuries this is a game changer, if only Rambo had a tube of this stuff. Note kids, don’t put fingers near drills….

Staying Out For The Summer 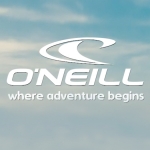