At Creative Bone we love animation and CGI….Generally because it means that you want to do something fun or outside of the box, where we really get to put our creative thinking caps on and build you a universe from the ground up.

Whether you are looking at traditional 2D animation, 3D animation, motion graphics or CGI enhanced elements to a live action shoot, we have done it all.

We have used animation and CGI to produce numerous corporate videos, health and safety films, explainer films and promotional films and continue to do so as the process becomes more and more popular.

With animation and CGI it frees us of limitation, gives us a completely blank canvas so we can take your brief, focus on its core message and then think of umpteen exciting and original ways to deliver your message. Once the concept is down and your are happy, we are then able to provide a complete script and storyboard, this will then give you a very concise idea of the direction of the film and the content involved. We can then move forward and build characters and environments inside the computer, we then start the animation process with low resolution versions of the storyboards called previz’s. These are then used to cut the film together before exporting fully realised renders into the final film. Sound effects, music and voice overs are mixed and the final film is delivered for your viewing pleasure. 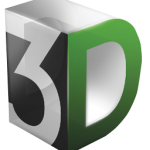 3D animation at Creative Bone involves creating a computer generated model of each character and environment. These characters are then animated within each environment. What this means is that once the initial models are built, it is a case of animating the character instead of having to re-draw every image. This becomes especially cost effective if the client intends to create multiple films. 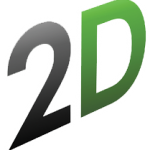 2D animation at Creative Bone varies from traditional hand drawn animation, where each frame is re-drawn to manipulation of 2D images with after effects to create the illusion of animation. This particularly effective with the explainer film environment and can be a cost effective solution to singular films. 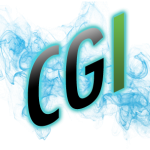 2D animation at Creative Bone varies from traditional hand drawn animation, where each frame is re-drawn to manipulation of 2D images with after effects to create the illusion of animation. This particularly effective with the explainer film environment and can be a cost effective solution to singular films.

The carousel slider below shows the process we go through to deliver your animated film, from initial concept to fully finished film.