This is an animated film we developed for Smiths Metals. Tasked with creating an original narrative that engaged audiences as well as sell the virtues of their supply system, we delivered a film production that is funny, informative as well as engaging.

With many corporate video productions, the subjects can tend to be very techno-babble heavy, but with the right concept and narrative, there is no reason why the films can’t be as engaging as they are informative.

What would usually be classed as a long film, this speeds along nicely and the run time flies past.

Evolution of a Horror Movie Poster… 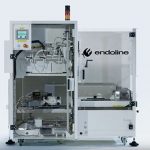 Musical Machine Madness….
Scroll to top Call Now Button
This website uses cookies to improve your experience. We'll assume you're ok with this, but you can opt-out if you wish.Accept Read More
Cookies Policy