We worked with Endoline machinery to produce this video production as a promotional piece for both their new website and exhibitions throughout 2016 and 2017.

The concept was that the machine was able to create a percussive accompaniment to a music track, using sounds created by the machine itself.
This was a very tricky shoot as the machine only performs certain movements at certain intervals. We started by sampling each and every element of the machine separately, importing those sounds into Logic Pro, and then creating the drum track from there. Once the drum and music track had been created, we were then able to shoot all the live action elements. As the factory is in constant use, we had to work around the size limitations by placing the machine on a white background and then, extending the set digitally, removing all the extraneous factory elements in post.

As the machines are built to construct boxes, they are very limited in their music capabilities, this meant that we had to shoot each machine part separately, opening and closing, then bring them into the edit and animate them by hand to match the music synch.

This was a very long process and with a mix of split screen as well, there is a huge amount work that goes on behind the scenes to give the impression that this little machine creates the music.

A very fun and interesting shoot, once again creating something unusual and memorable. 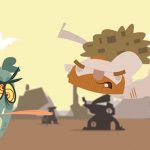 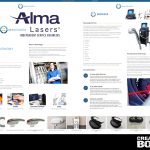 The Beauty Of Beautology
Scroll to top Call Now Button
This website uses cookies to improve your experience. We'll assume you're ok with this, but you can opt-out if you wish.Accept Read More
Cookies Policy
Necessary Always Enabled